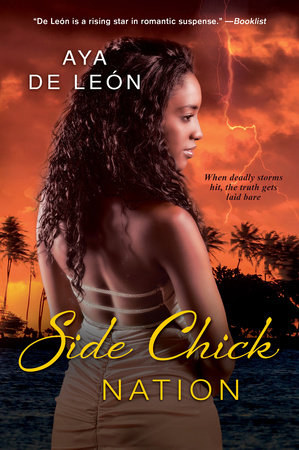 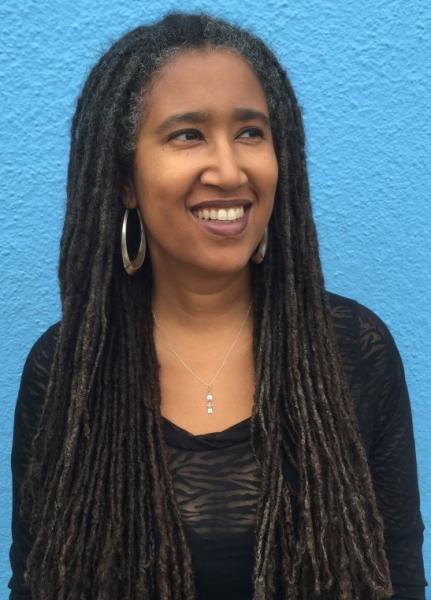 She’s beautiful, unpredictable—and on the run from dangerous men. But this
ex-side chick is ready to risk everything to help others in trouble . . .

Fed up with her married Miami boyfriend, savvy Dulce has no problem stealing his drug-dealer stash and fleeing to her family in the Caribbean. But when she gets bored in rural Santo Domingo, she escapes on a sugar daddy adventure to Puerto Rico. Her new life is one endless party, until she's caught in Hurricane Maria—and witnesses the brutal collision of colonization and climate change, as well as the international vultures who plunder the tragedy for a financial killing, making shady use of relief funds to devastate the island even more. Broke, traumatized, and stranded, Dulce’s only chance to get back to New York may be a sexy, crusading journalist who’s been pursuing her. But is she hustling him or falling for him?

Meanwhile, New York-based mastermind thief Marisol already has her hands full fleecing a ruthless CEO who’s stealing her family’s land in Puerto Rico, while trying to get her relatives out alive after the hurricane. An extra member in her crew could be game-changing, but she’s wary of Dulce’s unpredictability and reputation for drama. Still, Dulce’s determination to get justice draws Marisol in, along with her formidable Lower East Side Women’s Health Clinic’s heist squad. But their race-against-the-clock plan is soon complicated by powerful men who turn deadly when ex-side chicks step out of the shadows and demand to call the shots . . .

Praise for Aya de León and her novels:

Aya De León is a writer, activist, educator, spoken word poet and author of the award-winning Justice Hustlers series. The Director of June Jordan’s Poetry for the People, she teaches poetry and spoken word at UC Berkeley and is an alumna of Cave Canem, VONA and Harvard University. She is a winner of the International Latino Book Award and a two‑time winner of the Independent Publisher Book Awards, and her extensive writing credits include Guernica, Essence, Ebony, The Huffington Post, VICE, Ploughshares, Woman’s Day and Bitch magazine, among many other websites and publications. De León first came to national attention as a spoken word artist in the underground poetry scene in the San Francisco Bay Area, and a hip-hop theater artist. She lives in San Francisco and can be found online at www.AyaDeLeon.com.