Kate Schatz and Miriam Klein Stahl, the New York Times best-selling authors of Rad Women Worldwide and Rad American Women A-Z, present and sign copies of Rad Girls Can: a bold and brave collection of stories and art about inspiring and accomplished girls who have made positive impacts on the world before the age of 20.

All ages welcome! Free to attend. 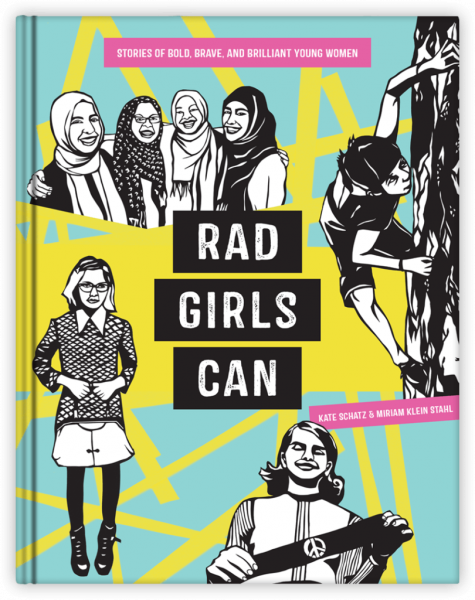 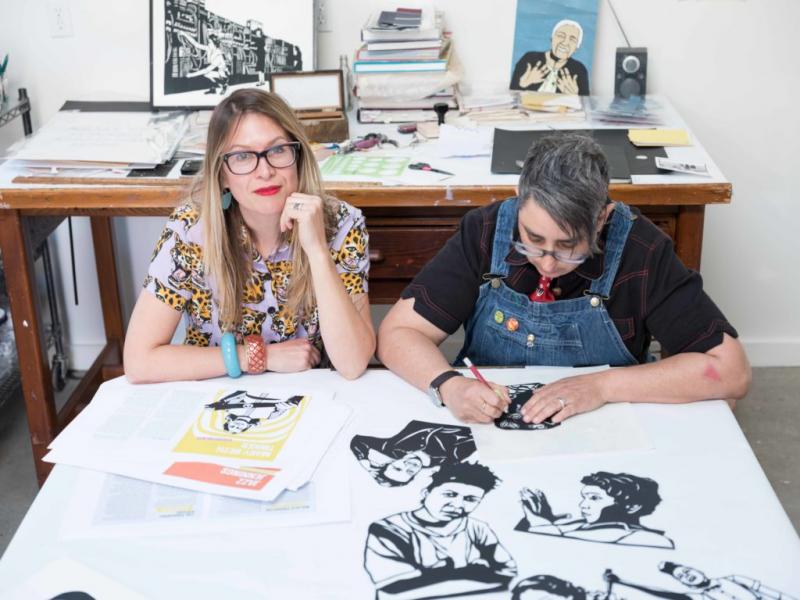 ABOUT RAD GIRLS CAN

From the New York Times best-selling authors of Rad Women Worldwide and Rad American Women A-Z, a bold and brave collection of stories and art about inspiring and accomplished girls who have made positive impacts on the world before the age of 20.

You might know the stories of Malala Yousafzai, Anne Frank, Jazz Jennings, and Joan of Arc. But have you heard about Yusra Mardini, a Syrian refugee who swam a sinking boat to shore, saved twenty lives, then went on to compete as an Olympic swimmer? Or Trisha Prabhu, who invented an anti-cyberbullying app at age 13? Or Barbara Rose Johns, whose high school protest helped spark the civil rights movement?

In Rad Girls Can, you’ll learn about a diverse group of young women who are living rad lives, whether excelling in male-dominated sports like boxing, rock climbing, or skateboarding; speaking out against injustice and discrimination; expressing themselves through dance, writing, and music; or advocating for girls around the world. Each profile is paired with the dynamic paper-cut art that made the authors’ first two books New York Times best sellers. Featuring both contemporary and historical figures, Rad Girls Can offers hope, inspiration, and motivation to readers of all ages and genders.

Kate Schatz  is the New York Times-bestselling author of Rad American Women A-Z, Rad Women Worldwide, Rad Girls Can, and the illustrated journal My Rad Life. She’s a writer, activist, public speaker, and educator, who’s been passionate about both writing and politics since she was a kid. She’s a co-founder of Solidarity Sundays, a nationwide network of over 200 feminist activist groups who meet monthly to take coordinated non-violent political action. She lives with her kids, cats, and partner on the island of Alameda.

Miriam Klein Stahl is the New York Times-bestselling illustrator of Rad American Women A-Z, Rad Women Worldwide, Rad Girls Can, and the illustrated journal My Rad Life. She is a Bay Area-based artist, educator and activist. In addition to her work in printmaking, drawing, sculpture, paper-cut and public art, she is also the co-founder of the Arts and Humanities Academy at Berkeley High School where she’s taught since 1995. As an artist, she follows in a tradition of making socially relevant work, creating portraits of political activists, misfits, radicals and radical movements. As an educator, she has dedicated her teaching practice to address equity through the lens of the arts. Her work has been widely exhibited and reproduced internationally. She lives in Berkeley with her wife, daughter, and their dog Lenny.