Michelle Cruz Gonzales - The Spitboy Rule: Tales of a Xicana in a Female Punk Band 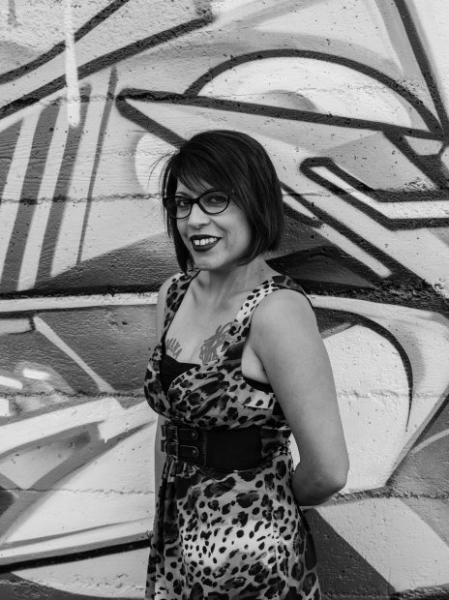 Pegasus Books teams up with 924 Gilman to present Michelle Cruz Gonzales, author of The Spitboy Rule: Tales of a Xicana in a Female Punk Band

Presented as part of "Mosh Lit:" A Pegasus Books and 924 Gilman Event Series

Michelle Cruz Gonzales played drums and wrote lyrics in the influential 1990s female hardcore band Spitboy, and now she’s written a book—a punk rock herstory. Though not a riot grrl band, Spitboy blazed trails for women musicians in the San Francisco Bay Area and beyond, but it wasn’t easy. Misogyny, sexism, abusive fans, class and color blindness, and all-out racism were foes, especially for Gonzales, a Chicana and the only person of color in the band.

Unlike touring rock bands before them, the unapologetically feminist Spitboy preferred Scrabble games between shows rather than sex and drugs, and they were not the angry manhaters that many expected them to be. Serious about women’s issues and being the band that they themselves wanted to hear, a band that rocked as hard as men but sounded like women, Spitboy released several records and toured internationally. The memoir details these travels while chronicling Spitboy’s successes and failures, and for Gonzales, discovering her own identity along the way.

Fully illustrated with rare photos and flyers from the punk rock underground, this fast-paced, first-person recollection is populated by scenesters and musical allies from the time including Econochrist, Paxston Quiggly, Neurosis, Los Crudos, Aaron Cometbus, Pete the Roadie, Green Day, Fugazi, and Kamala and the Karnivores.

"Incisive and inspiring, Michelle Cruz Gonzales’s The Spitboy Rule brings the ’90s punk world to life with equal parts heart and realism. Her story becomes a voyage of self-discovery, and Gonzales is the perfect guide—as she writes in rapid-fire drum beats about epic road tours, female camaraderie, sexist fans, and getting accused of appropriating her own culture.”  —Ariel Gore, Hip Mama

Michelle Cruz Gonzales was born in East LA in 1969 but grew up in Tuolumne, a tiny California Gold Rush town. She started her first band in that small town at the age of fifteen and moved to San Francisco two years later. She played drums and wrote lyrics for three bands during the 1980s and 1990s: Bitch Fight, Spitboy, and Instant Girl. In 2001 and 2003, she earned degrees in English/creative writing from Mills College, where she also minored in ethnic studies. Michelle has published in anthologies, literary journals, and Hip Mama magazine. She teaches English and creative writing at Las Positas College, and she enjoys reading her work and lecturing at colleges and art spaces around the country. She sings and plays drums in an English department band, loves to sew with her mom, even though she never thought she would, and she’s at work on a satirical novel about forced intermarriage between whites and Mexicans for the purpose of creating a race of beautiful, hardworking people. She lives with her husband, son, and their three Mexican dogs in Oakland, California.

The Spitboy Rule: Tales of a Xicana in a Female Punk Band (Paperback)