What is the meaning of the thousands of strikes in China? Do these strikes add up to a "labor movement"? How can solidarity between Chinese and American workers be built?

Countering the popular myth that Chinese workers are “stealing American jobs,” Striking to Survive documents a recent wave of factory closures in China’s Pearl River Delta and struggles by workers there to hold onto their jobs, their pensions, and their livelihoods.

The struggles of these workers in China’s industrial centers are shaping the future of labor and democracy not only in China but throughout the world. These vivid stories of workers at factories that supply multinational corporations Walmart and Uniqlo, compiled by worker-activists and circulated underground, provide a unique, on-the-ground perspective on the most recent wave of militancy among China’s enormous working class.

Striking to Survive includes a uniquely fine-grained account of the strike organized by "Delegate Wu" - a worker activist who served more than a year in prison after the strike ended. The New York Times produced a video about Delegate Wu, which gives a sense of his work.

Fan Shigang was born into a family of workers for state-owned enterprises in a northern Chinese city. He has worked as a basic-level employee in several machining factories. He is a contributor to the underground labor periodical, Factory Stories, conducting interviews with factory workers in southern China, documenting their lives, work, and struggles.

Li Wen has worked in electronics and jewelry factories in southern China. She interviews and documents the experience of factory workers who've joined collective struggles, and pays particular attention to issues of occupational injury and disease. 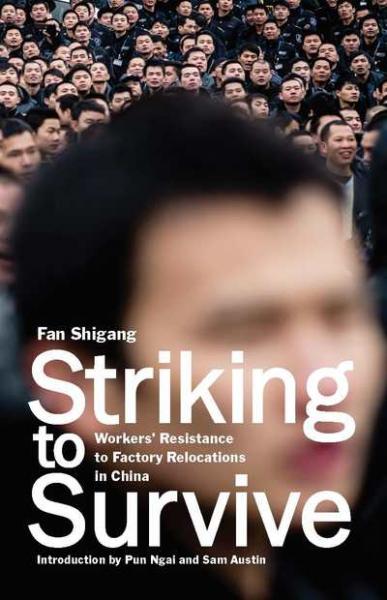