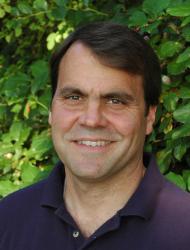 Pure Act tells the story of poet Robert Lax, whose quest to live a true life as both an artist and a spiritual seeker inspired Thomas Merton, Jack Kerouac, William Maxwell and a host of other writers, artists and ordinary people. Known in the U.S. primarily as Merton’s best friend and in Europe as a daringly original avant-garde poet, Lax left behind a promising New York writing career to travel with a circus, live among immigrants in post-war Marseilles and settle on a series of remote Greek islands where he learned and recorded the simple wisdom of the local people.  Born a Jew, he became a Catholic and found the authentic community he sought in Greek Orthodox fishermen and sponge divers.

In his early life, as he alternated working at the New Yorker, writing screenplays in Hollywood and editing a Paris literary journal with studying philosophy, serving the poor in Harlem and living in a sanctuary high in the French Alps, Lax pursued an approach to life he called pure act—a way of living in the moment that was both spontaneous and practiced, God-inspired and self-chosen.  By devoting himself to simplicity, poverty and prayer, he expanded his capacity for peace, joy and love while producing distinctive poetry of such stark beauty critics called him “one of America’s greatest experimental poets” and “one of the new ‘saints’ of the avant-garde.”

Michael N. McGregor is an author, journalist, editor, teacher and writing consultant based in Portland, OR.  A professor of English and Creative Writing at Portland State University, he holds an MFA in Creative Writing from Columbia University in New York and a BA in Journalism from the University of Oregon.

McGregor’s essays, articles, short stories and poems have appeared or are forthcoming in a wide variety of publications, including The Seattle Review, StoryQuarterly, Poetry, Notre Dame Magazine, The Crab Orchard Review, The South Dakota Review, Image, Weber: The Contemporary West, Poets & Writers, The Writers’ Chronicle, American Theatre, The Mid-American Poetry Review, Portland Magazine,  The Merton Seasonal and The Merton Annual.  He has also contributed chapters to The Dictionary of Literary Biography, Now Write! Nonfiction: Memoir, Journalism and Creative Nonfiction Exercises from Today’s Best Writers and Teachers, and Europe 101: History and Art for the Traveler.  His first book, Pure Act: The Uncommon Life of Robert Lax, was published in September 2015 by Fordham University Press.