A celebration of poet Bill Mayer featuring readings from his collected works. 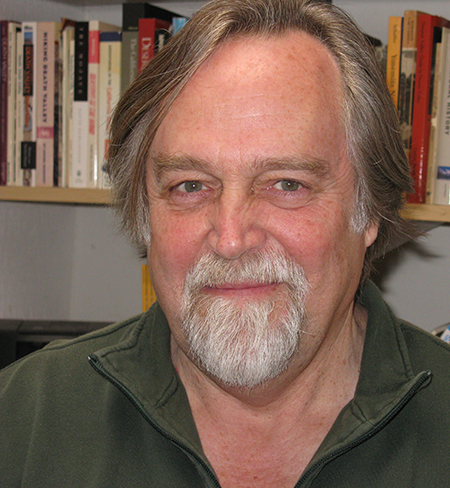 Bill Mayer was born and raised in Los Angeles. He received his BA and MA from San Francisco State University, studying with Jack Gilbert, Stan Rice, William Dickey and Nanos Valaoritis. In the late '60s, he was invited to join a poetry workshop with Gilbert, Linda Gregg, Larry Felson, George Stanley, Bill Anderson, Wilbur Wood, and others. The workshop persists to this day with some of its original participants.

Mayer has published 5 books of poetry: Longing, (Pangaea, 1992), The Uncertainty Principle (Omnidawn, 2001), the chapbook, The Deleted Family (Paroikia, 2004), Articulate Matter (Paroikia, 2012), and A Truce With Fantasy, (Kelsay Books, Aldrich Press, 2015). Poems have also appeared in a number of magazines: Caterpiller, Ironwood, The San Francisco Bay Guardian, Montana Gothic, Five Fingers Review, Red Rock Review, Paris Atlantic, Poetry Flash, Alimentum, Omniverse, Danse Macabre (an online magazine) and Visions International, among others. He was included in an anthology of American poets who have lived in Greece, Kindled Terraces, edited by Donald Schofield (Truman State University Press, 2004). Grace Schulman wrote about Articulate Matter: “The best of these poems are transcendent, bringing the sacred into common life. ‘The Arrival of Hermes’ is sublime. Others I find powerful here are ‘The Conversation,’ ‘Frogs on the Border’, ‘Days of 1966, Whittier,’ ‘The Shape of the Soul,’ ‘The Dream.’ I like, too, the tone. This work is genuine.” Joseph Stroud wrote about A Truce With Fantasy: Bill Mayer is writing some of the most powerful, intelligent, and serious poems of any poet I’ve been reading in the last few years.

Mayer is also a professional photographer who has exhibited at the Mythos Gallery in Berkeley as well as working with Tony Keppelman on Hummingbirds, a photographic essay published by Little-Brown. He is as well an importer of German and Austrian wines. He has spent extended time in Vermont, England, Greece, Hawaii, Monterey, Germany, France, Italy, and Austria, and presently lives in Berkeley, California.