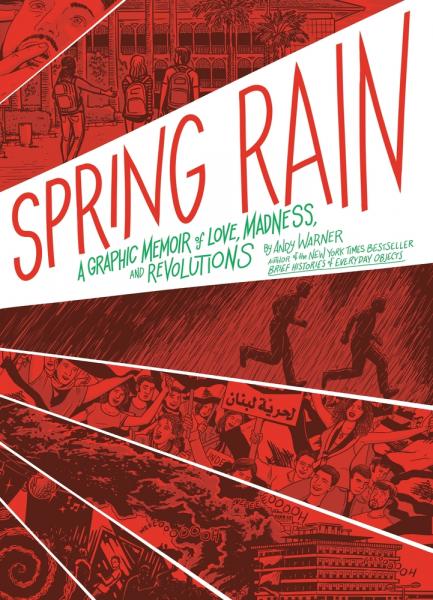 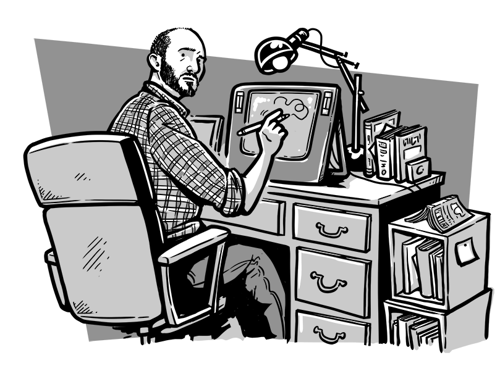 An intimate graphic memoir by a New York Times–bestselling writer about his semester abroad in Beirut as he grows close to a crowd of mostly LGBTQ students, and suffers a mental breakdown while the city erupts into revolution.

In 2005 Andy Warner travelled to Lebanon to study literature in Beirut, one of the world’s most cosmopolitan and storied cities. Twenty-one years old and recently broken up from his girlfriend, Warner feels his life is both intense and directionless. Immersing himself in the vibrant and diverse city, he quickly befriends a group of LGBT students, many of whom are ex-pats straddling different cultures and embracing the freedoms of the multicultural city. Warner and his friends party, do drugs, and hook up, even as violence breaks out in the city—the scars of a fifteen-year civil war reopening with a series of political assassinations and bombings. As the city descends into chaos and violence, Warner feels his grasp on reality slowly begin to slip as he confronts traumas in his past and anxiety over his future.

Illustrated in beautiful and intricate detail, Spring Rain is an absorbing and poignant graphic memoir of a young man’s attempt to gain control over his life as well as a portrait of a city and a nation’s violent struggle to define its future.

Andy Warner is the NY Times Best Selling author of Brief Histories of Everyday Objects and This Land is My Land. He is a contributing editor at The Nib and teaches cartooning at Stanford University and the Animation Workshop in Denmark.

His comics have been published by Slate, Fusion, American Public Media, popsci.com, KQED, IDEO.org, The Center for Constitutional Rights, UNHCR, UNRWA, UNICEF, and Buzzfeed. He was a recipient of the 2018 Berkeley Civic Arts Grant and the 2019 Hawai'i Volcanoes National Park Artist-in-Residency.

He works in a garret room in South Berkeley and comes from the sea.