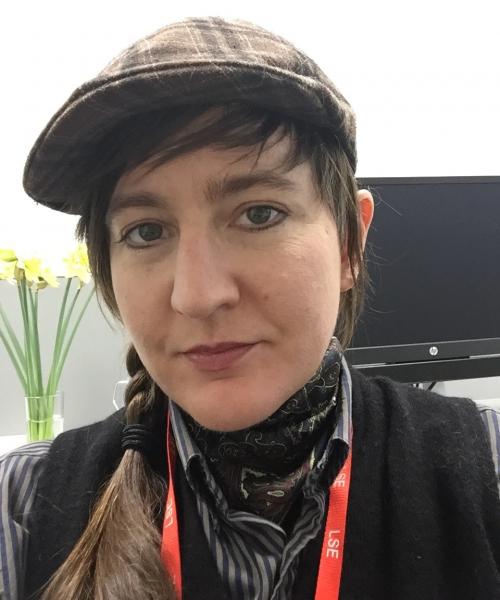 In the nineteenth century anarchists were accused of conspiracy by governments afraid of revolution, but in the current century various “conspiracy theories” suggest that anarchists are controlled by government itself. The Illuminati were a network of intellectuals who argued for self-government and against private property, yet the public is now often told that they were (and are) the very group that controls governments and defends private property around the world. Intervening in such misinformation, Lagalisse works with primary and secondary sources in multiple languages to set straight the history of the Left and illustrate the actual relationship between revolutionism, pantheistic occult philosophy, and the clandestine fraternity.

Studying anarchism as a historical object, Occult Features of Anarchism also shows how the development of leftist theory and practice within clandestine masculine public spheres continues to inform contemporary anarchist understandings of the “political,” in which men’s oppression by the state becomes the prototype for power in general. Readers behold how gender and religion become privatized in radical counterculture, a historical process intimately linked to the privatization of gender and religion by the modern nation-state.

“This is surely the most creative and exciting, and possibly the most important, work to come out on either anarchism or occultism in many a year. It should give rise to a whole new field of intellectual study.”
—David Graeber, professor of anthropology at the London School of Economics and Political Science, author of Debt: The First 5,000 Years

“A tour de force. Any self-respecting radical should know this history, right down to the dirty history of the ‘A for anarchism’ sign from its location within Freemasonry and magic. Ripping apart with historical detail our contemporary common sense we learn the tactics of how elite radicals claim power through difference. The significance of this history for the politics of now should not be underestimated and most certainly more widely known. Essential reading.”
—Beverley Skeggs, director of the Atlantic Fellows programme at the International Inequalities Institute of the London School of Economics and Political Science, author of Class, Self, Culture

“Lagalisse excavates the theological, spiritual roots of anarchism to identify some of the contemporary shortcomings of left activism. Engrossing, enlightening, and often surprising, the book delights and dazzles as it ruminates on a stunning array of topics from gender and intersectionality to secret societies, the occult, and conspiracy.”
—Gabriella Coleman, professor of anthropology at McGill University, author of Hacker, Hoaxer, Whistleblower, Spy: The Many Faces of Anonymous

Erica Lagalisse is an anthropologist and writer. She is currently a postdoctoral fellow at the International Inequalities Institute of the London School of Economics and Political Science, where she is conducting a research project on dynamics surrounding the “conspiracy theory” in social movement spaces.

Andrej Grubačić is an anarchist dissident and historian and chair of the Anthropology and Social Change department at the California Institute of Integral Studies. His books include Don't Mourn, Balkanize!: Essays After Yugoslavia, Wobblies and Zapatistas: Conversations on Anarchism, Marxism and Radical History, and Living at the Edges of Capitalism Adventures in Exile and Mutual Aid.